The 5th edition of the DokStation Music Documentary Film Festival starts this Thursday, September 17, in Bucharest. The most recent music documentaries featuring Depeche Mode, Gorillaz, ZZ Top, Aurora, Foals and Pavarotti, most of them national premieres, will be screened during the weekend (September 17-20) in open air venues Grădina cu filme and DESCHIS Gastrobar.

The full screening schedule is available at www.dokstation.ro. Free entry with prior reservation only, via Eventbook.ro.

This year’s edition of DokStation presents a handful of carefully-picked music documentaries (national premieres) about current pop and rock icons: Gorillaz: Reject False Icons (directed by Denholm Hewlett, 2020) follows British band Gorillaz’ every move, covering the making of two critically acclaimed albums and a world tour and resulting in the first ever all-access immersive journey into the world of Gorillaz and its extended family, featuring never-seen footage, where the virtual meets the real; Once Aurora (directed by Benjamin Langeland, Stian Servoss, 2019) tells the story of Norwegian songwriter Aurora Aksnes, discovered at the age of 16, when a video of her singing went viral; both documentary and concert film, Foals: Rip Up The Road (directed by Toby L., 2019) captures a very specific snapshot of one of our generation’s most beloved and progressive bands, Foals; ZZ Top: That Little Ol’ Band From Texas (directed by Sam Dunn, 2019) tells the story of how three oddball teenage bluesmen – Billy Gibbons, Dusty Hill, and Frank Beard – became one of the biggest, most beloved bands on the planet, all while maintaining a surrealist mystique that continues to intrigue fans and entice onlookers 50 years after the band’s inception. 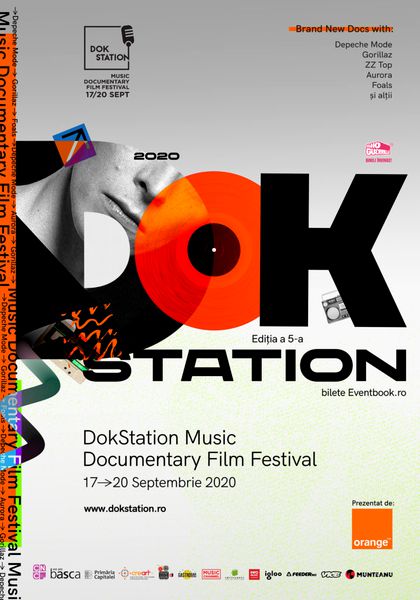 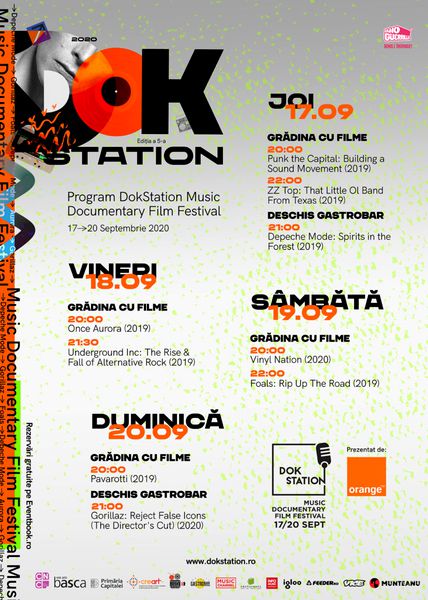 In one of the most anticipated releases, Depeche Mode: SPiRiTS in the Forest (2019), director and long-time Depeche Mode collaborator Anton Corbijn re-envisions the very concept of a music documentary, focusing the narrative on six super fans from different regions of the globe. The film zeroes in on their lives – all extremely different save for their love of Depeche Mode’s music and the way that music has shaped their experiences – intercut with the final Berlin show, held at the iconic Waldbühne (“Forest Stage”) on the record-breaking two-year Global Spirit Tour in 2018, which saw them play to over 3 million fans at 115 shows around the world.

This year’s DokStation selection also includes three documentaries focusing on the strong connections between music and societal change, in the United States: featuring iconic punk bands such as Bad Brains, Minor Threat or The Slickee Boys, Punk the Capital: Building a Sound Movement (directed by Paul Bishow, James June Schneider, 2019) explores the transformative period when punk took root in Washington D.C. (1976 to 1983), situating D.C. punk within the larger narratives of punk and rock n’ roll; Underground Inc. – The Rise & Fall of Alternative Rock (directed by Shaun Katz, 2019) tells the story of the rise and fall of the American alternative rock scene, in the wake of Nirvana’s success, while Vinyl Nation (directed by Kevin Smokler & Christopher Boone, 2020) digs into the resurgence of vinyl records, the diversification of vinyl fans and what this all means for America today.

Last but not least, Pavarotti (directed by Ron Howard, 2019) is an in-depth, no holds barred look at the life, career and lasting legacy of the musical icon, created by the award-winning filmmaking team behind the hit documentary The Beatles: Eight Days a Week – The Touring Years.